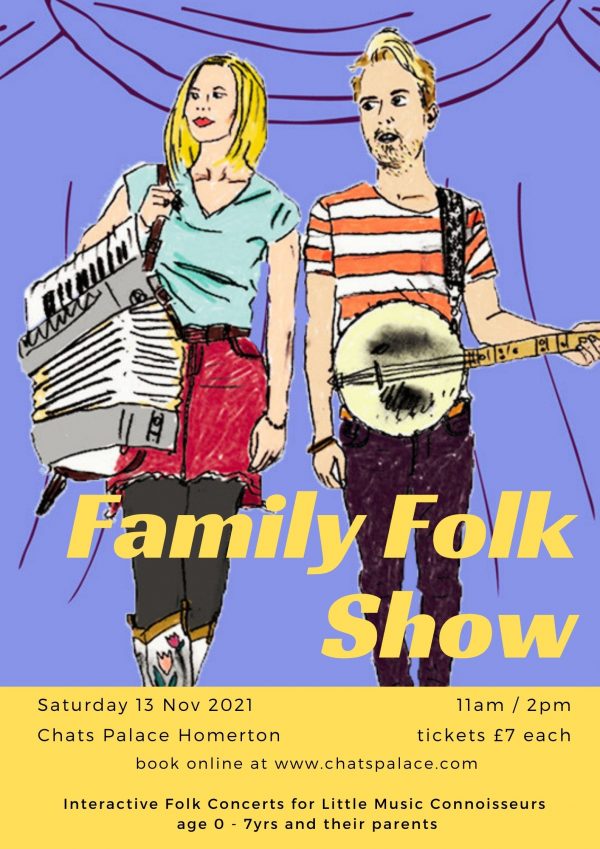 An interactive folk concert for little music connoisseurs, age 0 – 7 years and their parents.

Award-winning folk duo Megson blend their infectious mix of heavenly vocals and lush harmonies into a gentle, interactive concert specially for younger children, featuring children’s folk songs old and new from their ‘When I was a Lad’ album. Between each song, the performers playfully involve the audience, introducing ideas, the instruments and stories that will feature in the songs

No unaccompanied adults will be admitted.

“The most original duo on the British folk scene.” THE GUARDIAN

Developed in association with CAMBRIDGE JUNCTION and THE SAGE GATESHEAD.