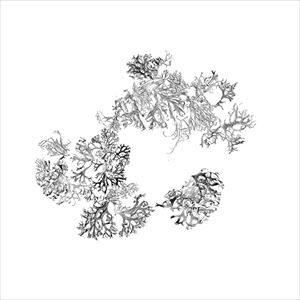 Alongside this announcement, the band share ‘Unwind’, a new single which comes with a video shot by friend Mark Gavigan in Sweden, and features Bella the dalmatian. Having recently released their starkly beautiful single ‘Horses’, a concise and hopeful song showcasing a new side to the band, ‘Unwind’ sees deathcrash return to their driving, distorted roots. Beginning with singer Tiernan Banks’ quiet lyrics spoken over the top of slow, loud guitar and drum parts, the track builds into an intense rock song that showcases the band doing what they do best. Listen to ‘Unwind’ here.

About the single, deathcrash say: “Unwind was the right song to announce the album with, as it bridges some of the heaviest and quietest moments on ‘Return’. It’s an uncompromising rock song. It’s about taking one step forward and two steps back.” deathcrash formed in 2019 and have carved out their own space on the London music scene with their unique, slow building but melodic post-rock. Their previous two EPs, 2019’s ‘Sundown (A Collection of Home Recordings)’ and last year’s ‘People thought my windows were stars’ have brought a devoted audience – their second EP sold out of vinyl within 24 hours. The members of deathcrash are from London originally, having formed a band to get into a party, they then bonded over a love of Kosmische music; though their early sessions in 2019 quickly saw them develop a more complex, unique sound. The band have released music with their own quiet focus, choosing to let their emotive records and strong live shows win fans over.

For more information, please contact Will or Sinead @practisemusic.co.uk