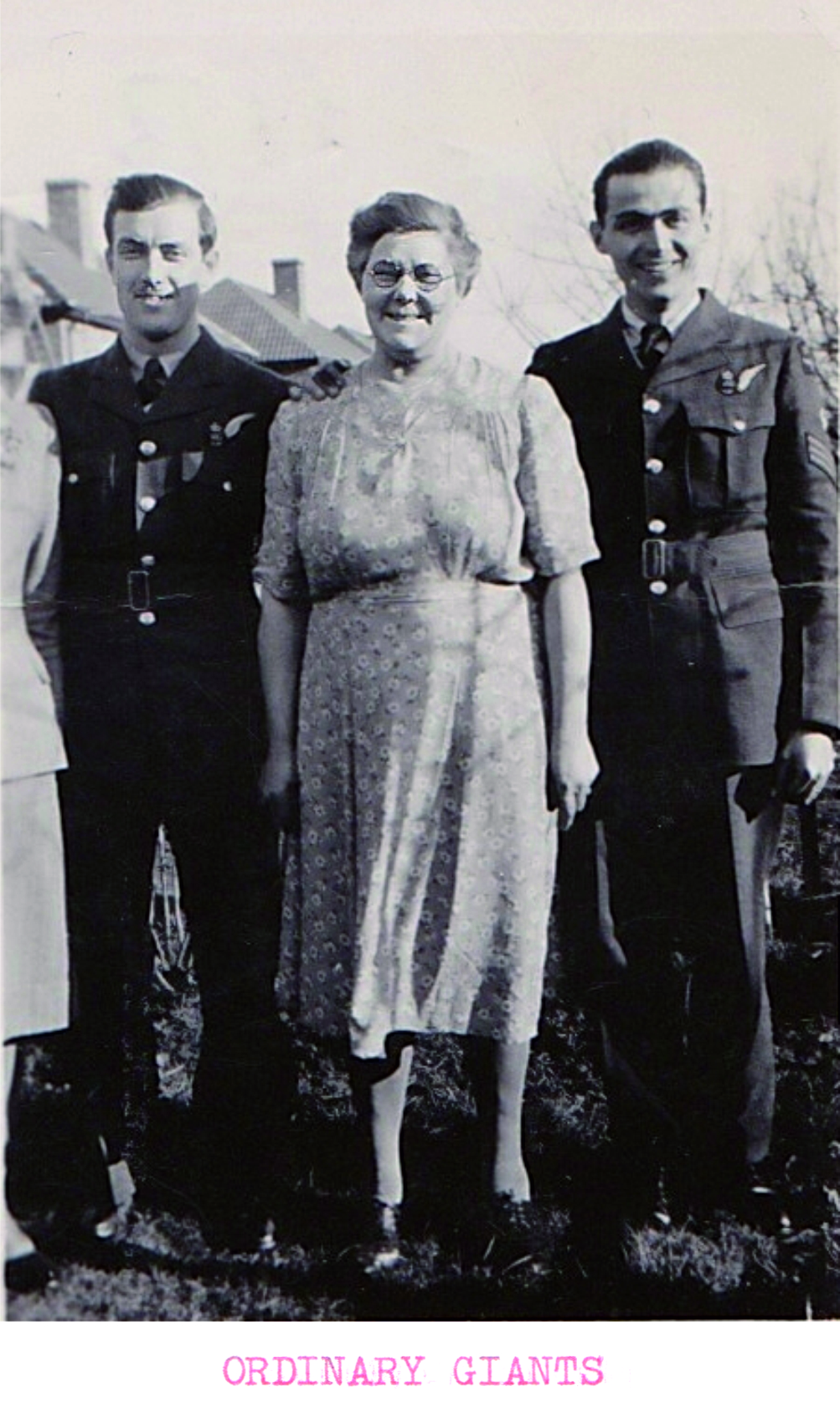 Ordinary Giants is a song suite by acclaimed songwriter Robb Johnson about the life & times of his father, Ron Johnson:  a family history of the 1930s, Second World War & the Welfare State. Using his father’s life as the focal point of the narrative, Ordinary Giants explores the events that shaped our lives from the 1920s to 2000s, with Johnson’s characteristic humour, commitment & intelligence. Ron Johnson was born in 1922 & died in 2013. As a young man he volunteered for the RAF to fight against fascism, & after the war dedicated his life to state education. Ordinary Giants is a chronicle of unremarked yet remarkable lives, lived by ordinary people through extraordinary times, & a celebration of their aspirations, endurance & achievements. In this rare live performance, the song suite will be brought to life  by acclaimed songwriter Robb Johnson with Sian Allen, Matthew Crampton, John Forrester, David Harrod,  Arvin Johnson,  Robb Johnson, Louise Michelle Martin, Phil Odgers and Fae Simon.

The triple album consists of over 50 songs & spoken word pieces, & was released on 9th November 2018, a year that marks the 100th anniversary of the Armistice, & the 70th birthday of the National Health Service.

“One of this country’s most important songwriters (no argument!)” -fROOTS 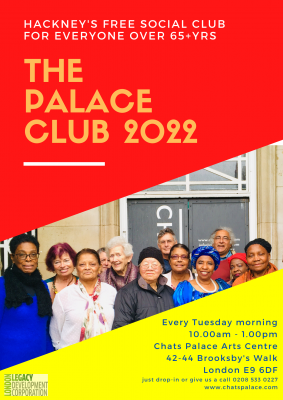 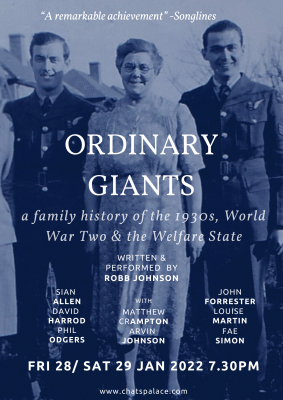