THE FEMALE GAZE: Women in Theatre 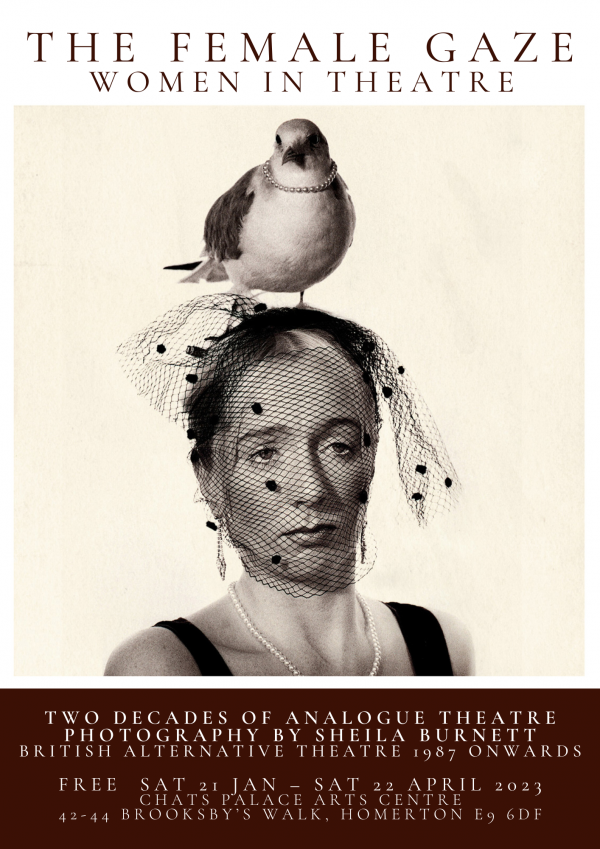 THE FEMALE GAZE: Women in Theatre

“I have curated a selection of photographs from my archive of negatives dating back to the early 80’s. This particular archive is dedicated to women in theatre starting in 1987 with the infamous, irresistible Drill Hall Pantos.

My chosen profession became theatre photography after performing and touring with The Pip Simmons Theatre Group 1974-1984. Women’s theatre companies were seizing the moment making the 80’s an exciting fertile time for the performing arts.

Theatre photography was a male domain, these companies were looking for theatrical alternatives Including production photographers. It was my good fortune to work with many of these companies who created a much needed counterculture with gutsy names such as:

I cut my teeth on these wonderful shows and now have an alternative Off-West End theatre archive going back 40 years.

Thank you, Chats Palace for a chance to show two decades of this early work.

Photos are digitised from the original negatives printed in my digital dark room”.