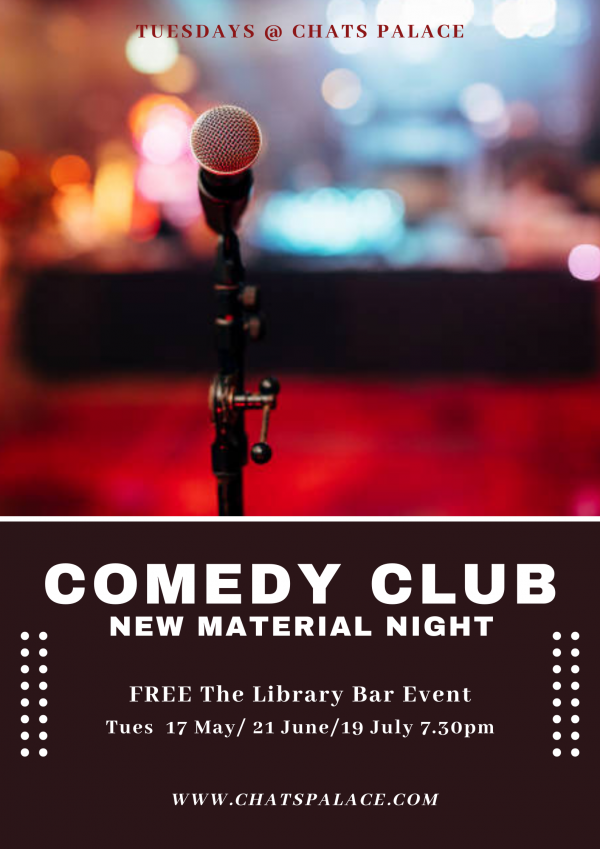 Dan Antopolski was a winner of the BBC New Comedian award. Following this he was a winner of Dave’s joke of the Fringe and his show was nominated for the Perrier Best Newcomer award and then the Best show award at the Edinburgh Comedy Festival. More recently he was the host of gameshow ‘The Dare Devil’

Tues 17 May line-up only

MC Johnnie CT – East Londoner Johnny is a rising star on the London comedy scene. He’s new to the game but has already been asked to host at such prestigious venues as the Soho Theatre, Covent Garden Comedy Cellar and at the New Act of the Year.

Headliner Patrick Monohan – Patrick is an Irish-Iranian Comedian with decades of experience. He has performed regularly on TV, including as a celebrity contestant on ITV’s SPLASH! and BBC’s Let’s Dance for Sport Relief. He was also the winner of ITV’s Show me the Funny.  )

Alex Hawley – Starting comedy back in the mid 2000s,  Kiwi Alex Hawley found immediate success back in his old country. In 2006 he won NZ’s Raw Comedy Quest and the following year was nominated for the prestigious Billy T Award. After this he decided the best way to capitalize on a good start was to take a break for about a decade. Nice move!

Emily McQuade – Emily comes in on hot form, recently reaching the final of the ‘Not so New Comedian of the Year’ competition. She has wonderfully crafted jokes to complement a hilarious persona.